Hardcover 1st edition, blue cloth with black golfer image on front cover and black lettering on spine. Aside from a touch of shelfwear this is a truly fine clean tight copy with only a hint of age toning. Very nicely illustrated, chapters cover training methods, thought process, grip, stance or address position, swing plane, putting and chipping, pitch shots, bunker shots, medium and long irons, fairway woods, drive, odd lies, equipment and tournament tips. From our good friends at Wikipedia: "Paul Scott Runyan (July 12, 1908 - March 17, 2002) was an American professional golfer. He was among the world's best players in the mid-1930s, won two PGA Championships, and is a member of the World Golf Hall of Fame. Runyan was also a golf instructor. Runyan was born in Hot Springs, Arkansas. He started out as a caddie and then an apprentice at a golf course in his hometown, before turning pro at age 17. He was head professional at a Little Rock club by age 18.[1] He served as an assistant pro to Craig Wood at Forest Hills Golf Club in White Plains, New York, in 1931.Three years later, Runyan defeated Wood in a playoff in the title match, to win the first of his two PGA Championships. Of Runyan's 29 career PGA Tour wins, 16 of them came in 1933 and 1934. His nine wins in 1933 make him one of only seven golfers to win nine or more times in one year on the PGA Tour. In the first Masters Tournament in 1934, Runyan was paired for the first 36 holes with tournament host Bobby Jones. Runyan won the PGA Tour money title in 1934, and was a member of the U.S. Ryder Cup team in 1933 and 1935. Runyan was competitive for many years, winning the PGA again in 1938 and leading the U.S. Open after three rounds as late as 1951. In the finals of his 1938 PGA, Runyan defeated Sam Snead 8 and 7, the most lopsided title match of the era when the PGA was contested at match play. This was despite Snead's vastly greater length off the tee, as much as 75 yards per hole.[1] Fellow golfers nicknamed him "Little Poison" (a take on 1930s baseball player Lloyd Waner, who had the same nickname), primarily because he did not drive the ball very far, but also because he had a terrific short game. Runyan had worked tirelessly on his short game from boyhood, since he realized early on if he were to succeed in golf, he had to compensate for his lack of length. Runyan opined that he is the smallest player in golf history who had significant success.Runyan's teaching prowess led many top pros to him over his 75 years of teaching, including Gene Littler, Phil Rodgers, Frank Beard, Jim Ferree and Mickey Wright. Golf Magazine wrote: "... since the late 1930s, he has probably been the most influential short game instructor. Untold thousands have been taught his methods for putting and chipping." Runyan wrote an influential book outlining his short-game methods, The Short Way to Lower Scoring. In 2000, he astoundingly completed the annual Par 3 competition held one day before the Masters at the age of 91. He died in Palm Springs, California". 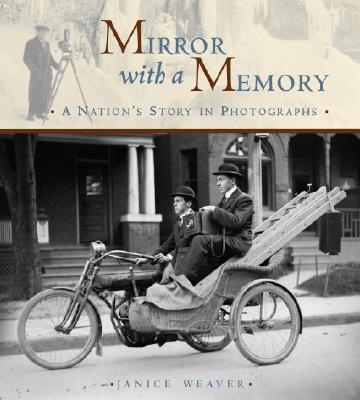 Mirror With a Memory