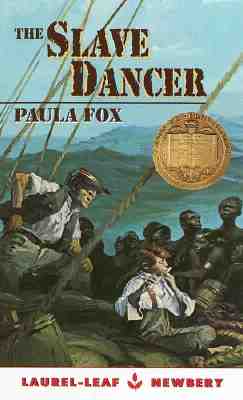 Rather worn copy - acceptable for reading purposes only/

Jessie Bollier often played his fife to earn a few pennies down by the New Orleans docks. One afternoon a sailor asked him to pipe a tune, and that evening Jessie was kidnapped and dumped aboard "The Moonlight," a slave ship, where a hateful duty awaited him. He was to play music so the slaves could " dance" to keep their muscles strong, their bodies profitable. Jessie was sickened by the thought of taking part in the business of trading rum and tobacco for blacks and then selling the ones who survived the frightful sea voyage from Africa. But to the men of the ship a " slave dancer" was necessary to ensure their share of the profit. They did not heed the horrors that every day grew more vivid, more inescapable to Jessie. Yet, even after four months of fear, calculated torture, and hazardous sailing with a degraded crew, Jessie was to face a final horror that would stay with him for the rest of his life.

A Chain of Voices

Oroonoko; Or, the Royal Slave